✏️ "a snow globe scene of my old life" 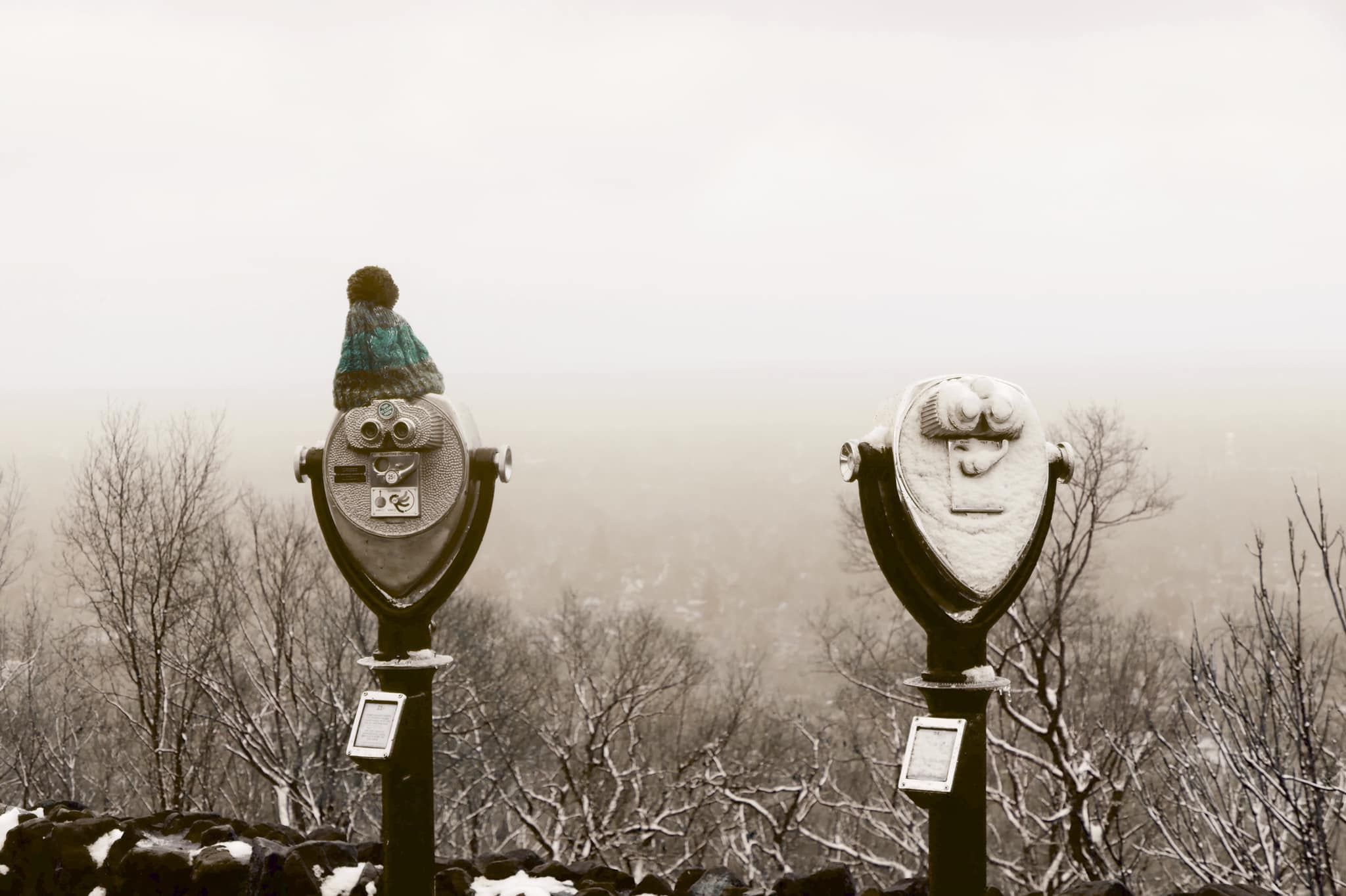 “It was for you guys.” Yeah, OK, Mom. I think he was still your guy, even after a thirty-year estrangement.

And I think that this new picture will always remind me of you two. That’s you in my new hat, Mom!

I come from many places, but when I drive up to Washington Rock and look out at Middlesex County, that’s when I feel like I’m returning home.

But then, almost all of those people I’m thinking about are gone, the houses and apartments already reclaimed several times over. There’s no house to go to, so I just sorta look at the sky above Middlesex County and it’s as if I’m looking at a snow globe scene of my old life, when I was young and everybody was alive.

It floods me with memories of being in the backseat of JJ’s Caprice Classic, en route to places like the Dunellen Theater. Or being in Grandma’s backyard and having her enthusiastically hand me some grape tomatoes she grew since I saw her last. Driving to the record store in Bound Brook with Dad. Mom’s stories of epic bike rides on and around the Watchung Mountain. Hearing since-forgotten stories from long-gone great-uncles and family friends. The kinda stuff you weren’t paying attention to at the time - too much candy to focus on - but would pay $100 to hear again.

There’s a house in Middlesex where we lived and at which Pam was BORN! It was the eighties, man! Her birthplace is an unassuming little duplex on First Ave. My cousin lived across the street. I don’t remember a bit of it, as I was a toddler, but through all the chaos of my parents’ lives, the photos survived. The photos do some of the remembering for us.

Having finished scattering their ashes just yesterday, I used the flimsiest excuse to go to Middlesex County. I hoped that it would be snowing when I got to Washington Rock. It was. It was SO beautiful. There was nobody there. I looked down at the area where we’d scattered some of Dad in 2018 and smiled. I was taking pictures with Dad’s camera. I felt peaceful. I felt like I was home.